The royal roads of Gran Canaria  are paths that are currently used for hiking, trail, trekking or mountaineering and in general to enjoy the beauty of all the surroundings of this beautiful island.

However, the royal paths weren't created for this purpose, but rather for the purpose of communication and transport, since the island's orography in times when there were no infrastructures such as roads or bridges, the only way to connect the villages in the interior of the island was by means of royal paths, in order to communicate different areas.

What are the royal roads in Gran Canaria?

As we've mentioned previously, the royal roads are paths that were created centuries ago to provide communication between the villages of the interior of Gran Canaria and those of the coastal areas, thus enabling not only transit but also trade between localities.

This was due to the island's geography, which was purely volcanic, with geographical features such as ravines and valleys that made it impossible to connect with infrastructures such as roads or bridges.

This is why the royal roads became as important in those times as they are today, but for hikers and mountaineering enthusiasts seeking to discover the island and discover its most ancient passages and the natural scenery that characterizes it.

What are the royal paths in Gran Canaria?

As we have previously said, the royal paths were created centuries ago to provide communication between the villages in the interior of Gran Canaria and with those in the coastal areas, thus enabling not only transit but also trade between localities.

This was due to the volcanic geography of the island, with lots of features such as ravines and valleys that made it impossible to connect with infrastructures such as roads or bridges.

That is why the royal paths took on importance in those times, the same one they have now, but for those who are passionate about hiking or mountaineering and who seek to discover the island and get to know its oldest passages and the natural sceneries that characterize it.

Which are these royal paths?

Many paths in Gran Canaria are a unique opportunity to explore and learn about some of the most beautiful spots on Earth. With such varied landscapes, Gran Canaria condenses a huge range of hiking experiences in a small area. On a single walk you go from alpine meadows, through forests and past volcanoes...

The steep volcanic geography of Gran Canaria means that our trails rise and fall over short distances and give you plenty of opportunities to stop, catch your breath and enjoy the views. Let’s get started to know the best royal paths in Gran Canaria.

A route that was very important because it connected the municipalities of the south of the island with those of the north, thanks to the path that crosses the whole network of ravines of the central summit.

It was one of the main ways of communication between muleteers and peasants, who tried to take their production to all the localities from the summit to the coast.

The route goes continuously towards the south, starting at the summit plains in the western area of the Caldera de Tirajana, going into the pine forest itself to reach the hamlet of Las Tederas, in the course of the ravine.

A route that connects with the other internal ones and that supposed the only unidirectional route of the island.

From Tejeda follow the road GC-60 in the direction of Ayacata, arriving at the bridge next to the Tejeda Ravine. At Casas de la Huerta turn left along a small path, then turn to the right over the path that passes by the Huerta de la Palmita and you will reach Los Caminitos.

The path descends to the Roque Bentaiga along the Lomo de Las Moradas that divides the basins with the Tejeda ravine to the right and the Chorrillo to the left.

When we arrive at the road, we go to the Bentaiga cross through El Espinillo neighbourhood until arriving at the El Espinillo hamlet behind the Roque Bentaiga and the Las Cuevas del Rey caves.

We continue one of the best royal paths in Gran Canaria by crossing the bottom of the El Chorrillo ravine where the hamlet of La Solana is located, which will make us cross the ravine and climb the hillside to enjoy the beautiful hamlet of El Chorrillo.

At Lomo de la Cruz the path changes to the southeast and goes down to El Carrizal, where we can enjoy another beautiful hamlet at the top of the massif of Inagua.

Following the Barranquillo de El Carrizal we continue upwards along the Degollada de los Roques and the Higuera Canaria to El Toscón.

At the end of this, we leave the road and continue along the path that descends gently to the bottom of the Barranquillo del Charco, until reaching the Degollada del Humo. We follow the asphalted road 700 meters until the Cruz del Carpio in El Aserrador.

We start in the municipality of Tejeda with a circuit to the Roque Nublo and all its connections like El Garañón, La Culata and Ayacata. All of them end at this Natural Monument thanks to its routes with beautiful landscapes and orography. They are ideal to do with children and adults thanks to its low difficulty level.

All paths lead to the Degollada de La Goleta, a small lookout point with parking for all those who come to enjoy the Roque Nublo arriving at the area by car.

As you can see, this is one of the best royal paths in Gran Canaria. From the Degollada de la Goleta, we climb a wide path that divides the small mountain range in the direction of Roque El Fraile.

This is one of the junctions with the path of the massif, which descends gently to the Degollada Blanca.

Here we find La Culata over the Casa del Pino, just to the right.

On the other side, just to the left we will see the northern area of the Roque Nublo until the crossing of Las Hoyetas, where we will go up on the left until we reach the Degollada del Nublo.

Ascending thorugh this way, we arrive directly to the Degollada del Nublo, where we will begin to enjoy the first views on the Hoyetas del Nublo.

We will find a path created directly in the rock that will take us to a plateau called the Tablón del Nublo, where we will enjoy incredible views and walk along the giant of the island. 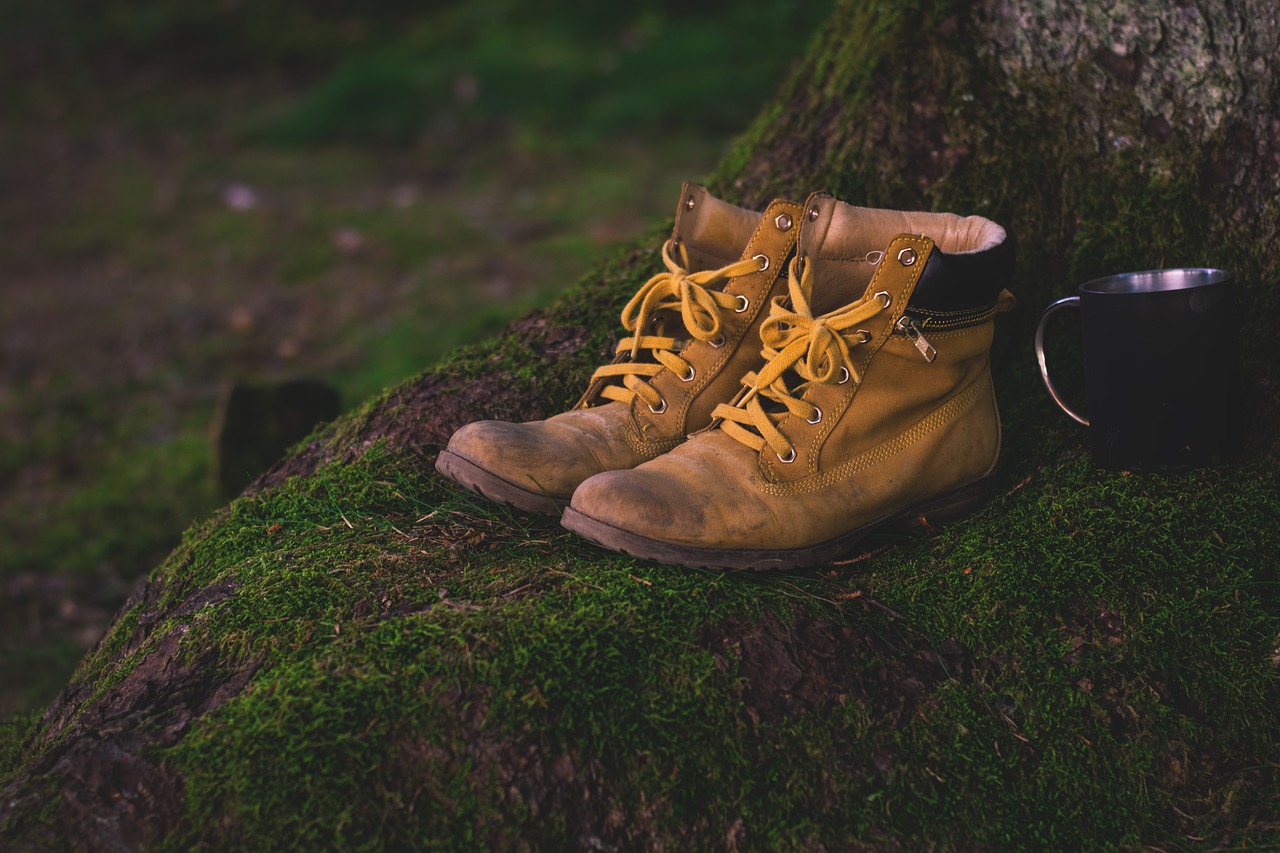 This royal path begins at the Degollada de la Capellanía, just to the left of the road that connects Telde with the Pozo de las Nieves.

We enter the pinar (pine forest) and go up to the Cañada de Siete Fuentes. We descend through the high zone in Hoya del Gamonal.

We continue one of the most beautiful royal paths in Gran Canaria through Lomito Blanco, the first population that we see. Then, we will take the courses of the Barranquillo de Fuente Fría ravine until arriving at the Casa de los Ingleses.

We continue along the royal path next to the Barranco de La Lechucilla ravine.

When we have left behind the dam of Las Hoyas we will arrive at the Degollada de Biliandra.

Further on, we leave the royal path and continue along the road that crosses the Lomo de Cuevas Altas towards the north.

This section of the path provides ample panoramic views that include the mountains that descend until the coast.

We cross the Lomo de los Ingleses through the asphalt bordering the left side of the Montaña de Troya to the houses of La Asomada that joins San Mateo and Tenteniguada in Las Montañetas.

We take the paths of Cuatro Caminos and Cuesta de Los Majoreros until we reach the town centre of San Mateo.

In San Mateo, you will understand why this royal path in Gran Canaria is an authentic fantasy.

This will be the last of the royal paths in Gran Canaria that we will recommend you. This trail follows an old shepherd's path used by the island's original inhabitants. It takes you through important natural areas such as the pine forest and lowland vegetation with native broom, buglosses and houseleeks.

This royal path starts from the Cruz de Tejeda to the Cruz Chica, which is the highest point of this trail.

In the pinar, we cross the asphalted road of the Parador de la Cruz de Tejeda that leads us to Los Pinos de Gáldar to start a very comfortable descent through the Barranco de los Peñones ravine until we reach the Corral de Cueva Corcho.

The path continues through the Solana de Caldereta to the junction of roads GC-21 Madrelagua and Lanzarote. Here we will locate the Tierras Blancas.

From here we will take the road to Lomo de Madrelagua, until descending to the left to Valleseco, entering the Lomo de la Rosa and finding to the right a trail that that lead to El Teso and go towards the bottom of the Barranco de Madrelagua ravine.

When arriving at Las Rosadas we will have to cross the road GC-21 Teror-Valleseco, and descend by the Cuesta de los Tanques until getting to Los Llanos neighborhood. Then, we will get to the town center of Teror.

Discover the best royal paths in Gran Canaria to know an island that deserves to be discovered by each and every one of those who live and visit it thanks to HD Hotels & Resorts.

Discover the best groups of experiences based on the unique sensations that characterize a visit to the Canary Islands.

You are just three clicks away from your ideal holidays.
It's not just the destination, but the company and what you want to do and experience.